The Girl in the Tower – Katherine Arden

I don’t remember the last time I read an extremely power packed Book sequel, which gave me a hangover. But, I do remember my thoughts when I read ‘The Bear and the Nightingale’, the first part of the Winternight Triology; I was in awe of the beauty of the book. And, the second part has left me just the same. 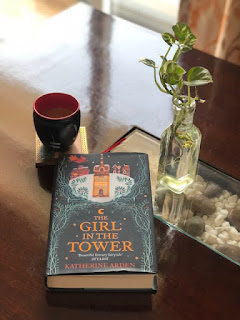 ‘The Girl in the tower’ is the second part of the Winter Triology Series. It is the story of Vasilisa Petrovna and her adventures as she has set out on the road alone with her magical bay stallion, the mighty horse Solovey. This traveller Vasya disguised as a boy- because respectable girls cannot roam about openly in the 14th century Russia, is eager to see the world, fearless and determinant. She is so fixed upon her decision to wander that even the winter king has failed to alter her notions. Going to a convent is not the way she imagines her life to be. Her adventures and struggles form an interesting series of events which layer the book profoundly. They make her cross paths with her brother Sasha, brother Aleksander, the monk and her sister Olga, the princess of Serpukhov, taking her in the beautiful city of Moscow. Sasha and Olga come to know of their father’s unfortune death and blame Vasya for its happening. Tired of her ways to take troubles and put others in them they give up on her, until they are dawned upon by the truth and family-blood love for each other. With a lot of secrets opened like Vasya is not the boy Vasilli but the girl Vasilisa, the fight with the bandits for the Grand Prince of Moscow revealing Vasya as a strong warrior to her brother Sasha, the reason behind Morozko’s weakening power and the story of Kasyan and Tamara. Fighting the odds and bringing the situation in her control, Vasya finally saves the city of Moscow from the threats with the help of Morozko, the winter king; giving her fans the moment of rejoice and relief.

The plot sees a lot of new characters this time (read chyertis) and a lot of new angles to visualise the story. The immortal Morozko coming in the grasp of the feeling called love left me with a soft corner for the winter king. While ‘The Bear and the Nightingale’ focused only on Vasya and she coming to know of her powers, the second part involves the other members of the family, maintaining the sync of where it left last. It reveals the blood line history which Vasya carries, the story of her Grandmother. The story does not appear disconnected to what we have read before. In fact, it only adds more to it. Picking this book as stand-alone would be a bad idea. Not only will it leave you baffled, but you will lose out on the charm of reading a perfectly articulated fantasy sequel. 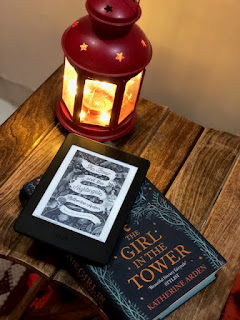 The thing I love the most about The Winternight Triology Series is its writing. Katherine Arden writes with such finesse, it makes it easier for you to imagine the winter king and Vasya in their snowy world, Solovey, the mighty bay stallion galloping with ease, Vasya speaking to her chyertis and the amazing beauty of the Moscow city. If this does not speak of a skilfully written fantasy-thriller book, I don’t know what does. The events are well framed, fall-inline and give you an edge-of-the-seat thrill. You wouldn’t want to put the book down unless you know it all. The thing that matters the most in a book sequel is the flow from one part to the other. I have read sequels before and they have left me with so many questions unanswered and unsatisfied. With ‘The Winternight Triology’ series you are not only a satisfied reader at the end of it, but you start contemplating on what is coming next which leaves you at an exciting note. I have spent many nights dreaming about the Winter King and many sleepless nights lying awake to finish the book. But, it’s all worth it at the end.

Why should one read it?

Pick it up to explore a different world. A world which is Vasya’s and Morozko’s. A world of magic, charm and adventures with a beautifully presented story, characters and words. I am glad my new found love in Fantasy this year has not disappointed me a wee bit. I am sure it will appeal you as well, if you give it a chance.

'For a young woman in medieval Russia, the choices are stark: marriage or a life in convent. Vasya will chose a third way: magic..' - Katherine Arden, The Girl in the Tower.

A Beautifully crafted tale. Thumbs up!!