Your dreams are mine now- Ravinder Singh

I read this book because my husband picked it up from a bookstore we dropped in before a movie. He is a light reader and usually picks up novels which are just perfect for a week or so. Unlike me, he is not an investor in reading books, and though Ravinder Singh and his books don’t make up my favorites, yet I decided to pen down this review.

If you have read Ravinder Singh’s work earlier, you will probably know what you are game for this time too: a love story loaded with emotions, some romantic scenes and a sad end to the story. So here’s the catch- this one is no different except for its acknowledgement of some social fiascos. The story portrays two characters: Rupali, who is academically strong and an idealist, and comes to Delhi to join a college for her studies, and Arjun, who is already a DU student and belongs to a Union party. The two get involved while solving a situational problem, in which Rupali catches a college servant in. This gets the higher management involved, and suddenly Rupali’s efforts to take a stand for the lower class lady are appreciated in the college. This short novel surely highlights some of the problems which are ignored because of the fear of higher management or their power, and people not taking a stand because they don’t want to get themselves in a brawl. Rupali’ s courage surely deserves an applause. 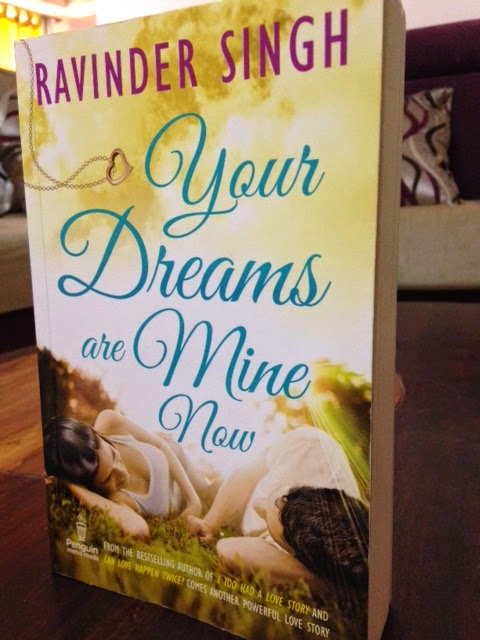 Rupali as a character has been described as honest, strong, and one who protests against the wrong doings with a lot of gumption, soft at heart for her friends and family, while Arjun has been described as strong party leader, straight thinker and one who stands up for the right thing. What really bothered me was the equation which suddenly changed when Rupali and Arjun are a couple. Suddenly, Rupali starts sounding politically correct, advises or rather commands Arjun on the path the party must follow to gain power, the crowd starts loving her because of her ideas for the benefit of the party, she is always right! She is a super hero!! And all this time what Arjun does is to blankly listen and think in his mind of how lucky he is to have Rupali in his life. I know, we are different people when we are in love, but does it sound realistic that someone else suddenly takes charge of your responsibilities while you go numb all the time? Not to me.

Jumping on to the romantic part of the novel- as it is claimed to be just that- it shows a very repetitive college romance, which is not new to read and does not even emotionally appeal the reader. I remember tears falling from my eyes while I read Notebook, or for that matter Erich Segal's Love Story. And besides, one who reads Chetan Bhagat will never have dual thoughts about going for this pick.

The tragic part of the story sure takes you in a mode of sadness and anger, an emotional ride but for not more than 5 minutes, because I have been down that journey when I read newspapers covering the 'particular' Delhi events, which females fall prey to. The end was pretty predictable after reading more than half of the book.

According to me, the book lacked creativity, originality, the effort to try something new and realism (except the last part). The regular typecast characters and shades are easy to lure the normal reader, or a new one, but not for someone who has an appetite for worthy reading. The literary content does not appeal at all. There’s a thin line between simplistic writing and plaintive writing and this was the latter, so there’s no take back after finishing the book, just a sigh feeling that it is finally complete. I would really want to see some innovation in the inscription and the plot in Ravinder Singh's next leaflet so I can come back and post a more positive review. As a young writer, Ravinder Singh might have the potential to explore more, but first he needs to come out of his loop to invent a new write-up.
- April 27, 2015