I was quite excited when I ordered Adultery, because it looked like it was going to be one of Paulo’s best works after Alchemist. There were a couple of things which led me to think that way- the interview of Paulo Coelho with Goodreads after release, the female protagonist in drapes of infidelity and adultery and assumption of a pleasing climax (Which he succeeded in, to some degree). Not to forget... I loved the cover page! 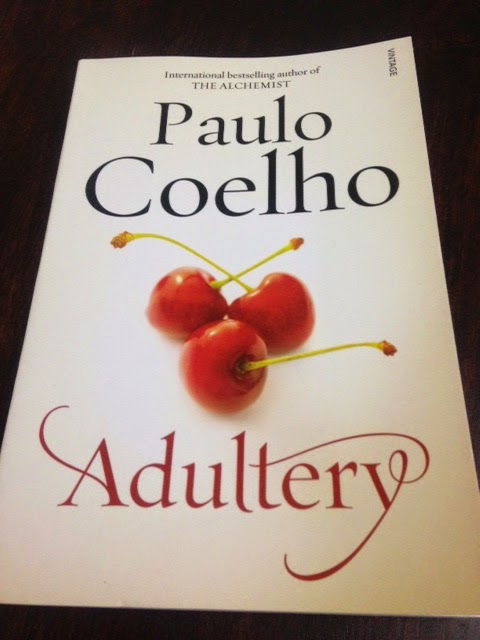 So, as I mentioned earlier, the protagonist is a female in her thirties. Linda, a journalist by profession, runs a family with two kids and a wealthy, loving husband- in short a perfecto life. The pace builds up the character interestingly and keeps you glued to her persona. As a female, you might relate closely to a lot of points highlighted by her as her ‘problems’, and there are moments when you might feel ‘Oh! This happens to me too’. The pace drops once her husband’s politician friend comes into the picture and she runs into a dilemma after meeting him and exchanging physical intimacies. The story goes hay wire after that, looks directionless for a while until they confess their love for each other but are still in two minds about their relationship. Initially the novel looks and gives the feel of a story of a woman who is lost and wants to discover herself as a person and who she is (Which is actually what it should be), but irrationally it skips to infidelity and adultery. Knowing the tight spot she’s in, thinking of her family and her supportive husband, what choices will she make? Has she really discovered herself by taking the route which is ideally wrong and sinful?


The plot rambles here and there, you do find the pace and the grip, however it’s quite disseminated. For some random narrations, the thought process of the author is debatable. Although it is clear that through ways of adultery and infidelity he has tried to show us the importance of love and trust in a relationship, but some ideas are definitely questionable.

It’s an easy-going read, once started it finishes up smoothly. At the climax only one question triggered my mind- Did it create the magic of Alchemist all over again? Answer was simple- No, it did not. Coming from the same author, for me Alchemist is his cult work, and it’s difficult to recreate something similarly miraculous and connective.
- September 04, 2014