It is a mandate for the lovers of classics, and the most intriguing one I have ever come across now(Not that the list ends here). It is the perfect blend of humour alongside addressing societal issues of rape, racial injustice and class distribution. Also, Thumbs up to the pace and turnover of the events! It will challenge your own instincts of being in a society where racial discrimination still persists. 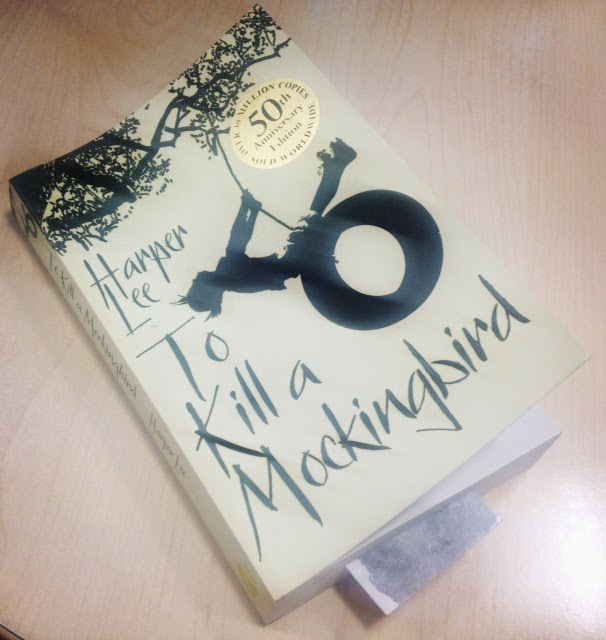 The story revolves around two kids, their growing up journey and a well-wisher, protective, unseen friend Boo-Radley, with all the rumours going up in the Maycomb County about Arthur Radley (Boo), who never showed up on the street out of his boarded house, Jem and Scout were always very keen to see him “once”. Their million plans with Dill (their childhood bestie) to see Boo were always near to completion, when Atticus would catch them red-handed. Atticus Finch, a lawyer, father to Jem and Scout and a responsible citizen of the Maycomb County who without believing in apartheid gives a fair and tough fight for the innocent black man Tom Robinson, who has been charged against rape to a white woman. The efforts that he puts in go wasted for; Tom Robinson is announced guilty for a crime he has not committed. But, this case takes a toll over his family, for Atticus is accused of demeaning words like Nigger lover, and bringing a bad name to the finch family, not even sparing the kids of its repercussions. As the years pass by we see the two kids grown into young adults, developing a principled thinking like their father. The line-up of the events are so meaningful which eventually lead to exposing of the mockingbird, Boo Radley, the silent keeper to the kids.

Shoot all the bluejays you want if you can hit’em, but remember it’s a sin to kill a mocking bird.

-To kill a mocking bird


While I choose not to dwell over the title of the book, it continuously keeps your mind bells ringing as you deep-dive in the plot, of what justice “mockingbird “ does to the title. Well, it would be criminal to give away the whole context and the situation for the use of this metamorphic term which describes a bird who just sings for others peace rather than disrupting it.

I was really attracted by the narration of the book, the entire description of the Maycomb County in 1930’s, a uniform lifestyle followed by its residents and the homely environment around, everyone-knows-everyone, keeps you imagining enough of what the town would be like. Also, not to forget, the puns and wit at the right places, (at the court, at their home, with Mrs Dubose) carried a message which reset my thinking of civil rights and where we are now with-respect-to the racial differences. Although they still exist in a subtle manner in every part of the world, but not as gruesome as what Tom Robinson had to face.

The court case kept me hooked up; couldn't put the book down until I read every bit of it. The drama, the tongue-in-cheek and tactful Atticus remarks, and how surprisingly the case unfolds revealing the true colors of the God-loving-whites (As said so in the book) completely sweeps you off; truly showing how stumpy humanity can get just to fulfill your own self seeking desire for revenge.

While the protagonist is Atticus, I feel there are two. His daughter Scout does a very compelling job stealing the show and dragging the reader’s concentration to her. Her puns-intended, to her brother Jem, Aunt Alexandra, Dill and Cal not only describe them aptly but also the equation each one of them shares with her. Harper Lee explores the exuberant humour the irrational adults show amidst sensitive issues of race and class back in the 1930’s.

Your reading list is incomplete without Lee’s masterpiece. A must read!
- July 08, 2014